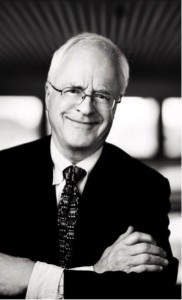 Gunnar Eliasson is professor emeritus of Industrial Economics/Dynamics at the Royal Institute of Technology (KTH), and a Senior Researcher at the Swedish Entrepreneurship Forum, both in Stockholm. He was previously president of the Industrial Institute for Economic and Social Research (IUI/IFN) in Stockholm, and before that Chief Economist and Dierctor of the Economic Policy Department at the Federation of Swedish Industries. He is a member of the Swedish Academy of Engineering Sciences (IVA), was earlier the chairman of the Malmsten furniture group, and has served on several firm and other boards, among them the Royal Swedish Institute of Art. From 1994 to 1996 he was President of the International Joseph A. Schumpeter Society. He has been consultant to a number of private and public bodies, including the OECD.

Gunnar Eliasson is the father of the Swedish Micro to Macro firm based simulation model MOSES, work on which began in 1974. The model integrates a Schumpeterian type creative destruction process with the Stockholm School concepts of Ex Ante plans, Ex Post realizations that systematically differ over time, setting the model apart from the static general equilibrium model. His current research is focused on the role of micro agents, featuring entrepreneurial creation, the formation of new firms, their life and death and endogenous populations of firms in economic systems evolution. In this analysis MOSES appears as a model approximation of a more general theory of an Experimentally Organized Economy that grows through entrepreneurial competition and selection. This this theoretical economy competence bloc theory explains the commercialization of new innovative technologies and the efficiency of that selection.

A long time interest has been the new competence demands in the labor markets of the “New Emerging Economy” and the economics of education and of health. The Micro to Macro model has served as a conceptual framework for a dynamic economy wide cost benefit analyses of economic policy, notably policies interfering with the allocation of resources in markets. In a recently concluded study of the creation and diffusion of civilian technologies from advanced military product development, such as the Swedish Gripen combat aircraft have been quantified (advertising slip below). A sequel to that study is in the works that will cover the entire Swedish defence industry, and the historic role of professional military customership in the industrialization of Sweden. The advanced firm as a technical university, and the role of public procurement of public goods as innovation policy to overcome the presumed underinvestment in privately demanded public goods are recurring themes.

Gunnar Eliasson has published many books and journal articles in the fields of industrial economics, the theory of the firm, business economic planning and management, labor and education economics, the economics of health , and simulation modelling. Among his books (in English) can be mentioned The Credit Market, Investment Planning and Monetary Policy (Short version in English of his doctorate thesis , IUI 1969), Business Economic Planning (Wiley 1976), The Firm and Financial Markets in the Swedish Micro to Macro Model- Theory, Model and Verification (IUI, 1985), The Dynamics of Market Economies (edited together with Richard Day, North Holland 1986), Technological Competition and Trade in the Experimentally Organized Economy (IUI 1987), The Knowledge Based Information Economy (Telecon 1990), Firm Objectives, Controls and Organization (Kluwer 1996), The Micro Foundations of Economic Growth (Edited together with Christopher Green, University of Michigan Press, 1998), The Birth, the Life and the Death of Firms (Ratio 2005) , and recently Visible Costs and Invisible Benefits – Military Procurement as Innovation Policy (Springer 2017).

Together with his wife Ulla, he has authored a study on the 15th century art markets in Northern Italy and Florence (The Art of Entrepreneurship (English translation), Stockholm: Ratio 1997). The two are currently working on an expanded English version.

Among the many articles can be mentioned: ”Competition and market processes in a simulation model of the Swedish economy” (American Economic Review,1977), “Micro Heterogeneity of Firms and Stability of Growth” (J of Economic Behavior and Organization, 1984), “Modeling the Experimentally Organized Economy”(J of Economic Behavior and Organization, 1991), “Deregulation, Innovative Entry and Structural Diversity as a Source of Endogenous Economic Growth” (J of Evolutionary Economics, 1991), “The Biotechnological Competence Bloc “(Revue dÉconomie Industrielle, 1996, together with Åsa Eliasson), ”Spillovers, Integrated Production and the Theory of the Firm” (J of Evolutionary Economics,1996), “From Plan to Market” (J of Economic Behavior and Organization, 1998), “Global Economic Integration and Regional Attractors of Competence” (Industry and Innovation, 2003), “On the Macroeconomic effects of Establishing Tradability in Weak Property Rights” (J of Evolutionary Economics, 2003, together with Clas Wihlborg). “From Employment to Entrepreneurship” (J of Industrial Relations,2006), “Knowledge Directed Economic Selection and Growth” ( Prometheus, 2009), “Simulating the New Economy” (Structural Change and Economic Dynamics, 2004, together with Dan Johansson and Erol Taymaz), ” Why Complex, Data Demanding and Difficult to Estimate Agent Based Models – Lessons from a Decades Long Research Program” (International Journal of Microsimulation, 2018).